A Day at Hometown Garden Center 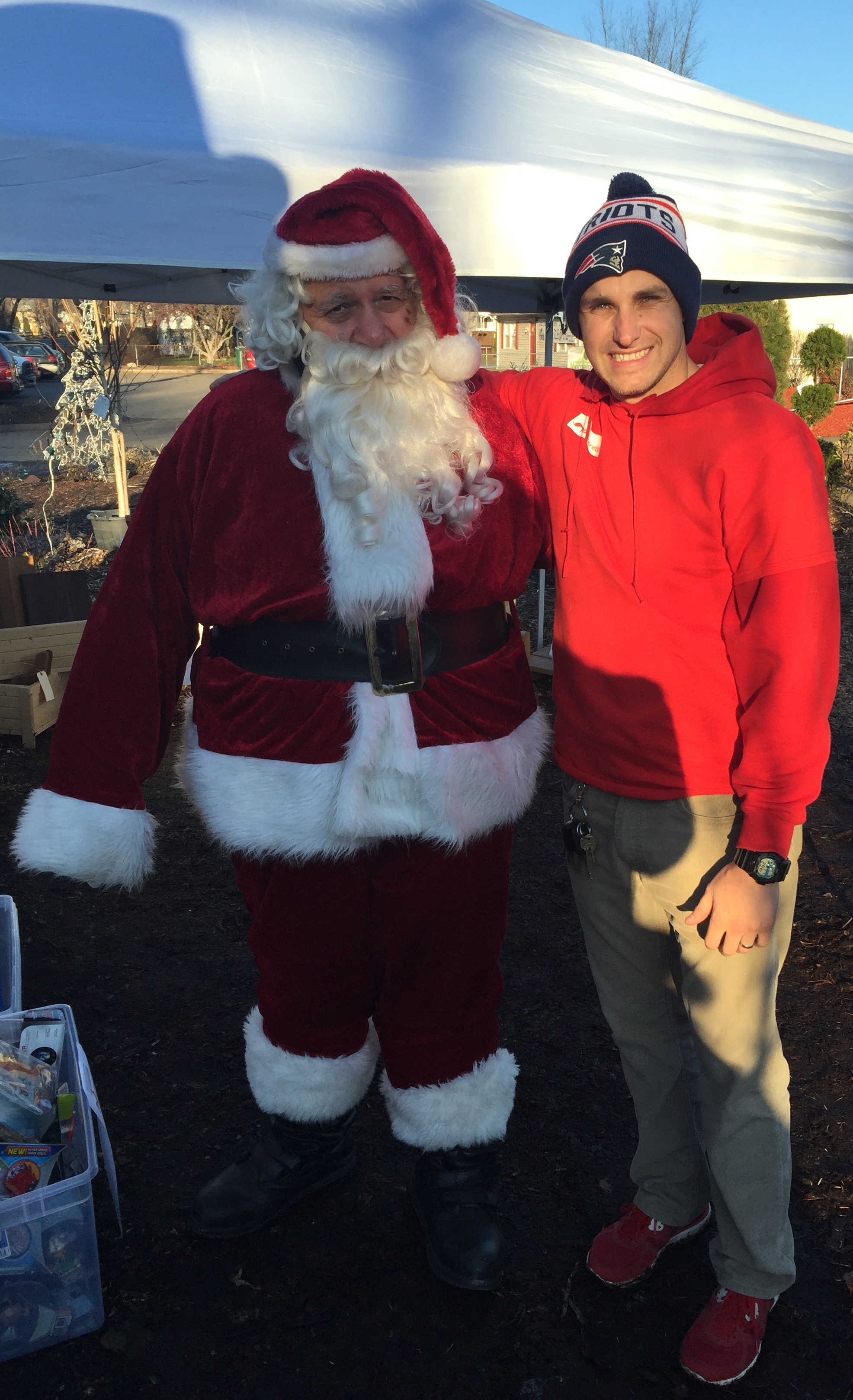 A Blast of Nostalgia at Hometown Garden Center!

The sun was out and shining, which created a beautiful day to head out to Hometown Garden Center and pick out your own tree for Christmas. It was actually surprisingly warm for December 5th, as the temperatures rose as high as 60 degrees. As soon as I arrived to the Garden Center I was blasted with nostalgia from my childhood. Hometown Garden Center has the original talking Rudolph the red nosed Reindeer that was featured at Vinny’s back in the day. Sadly Vinny’s Garden Center has been closed down for years but Rudolph lives on in his new home! Hometown Garden Center created an amazing environment for families to enjoy the day. They not only featured Rudolph, but also offered FREE hayride tractor rides around their property which was full of holiday memorabilia. After returning from the ride, families could enjoy FREE hot chocolate and popcorn around the fire pit on the patio area or walk on over to say hello to Santa and take a nice picture. There was so much to do that families forgot that the came to pick out a Christmas tree. As the happy customers perused the endless isles of trees, they also found some friendly vendors full of amazing gifts for the entire family. Redfox Retail and Designable set up their items and were ready to sell. 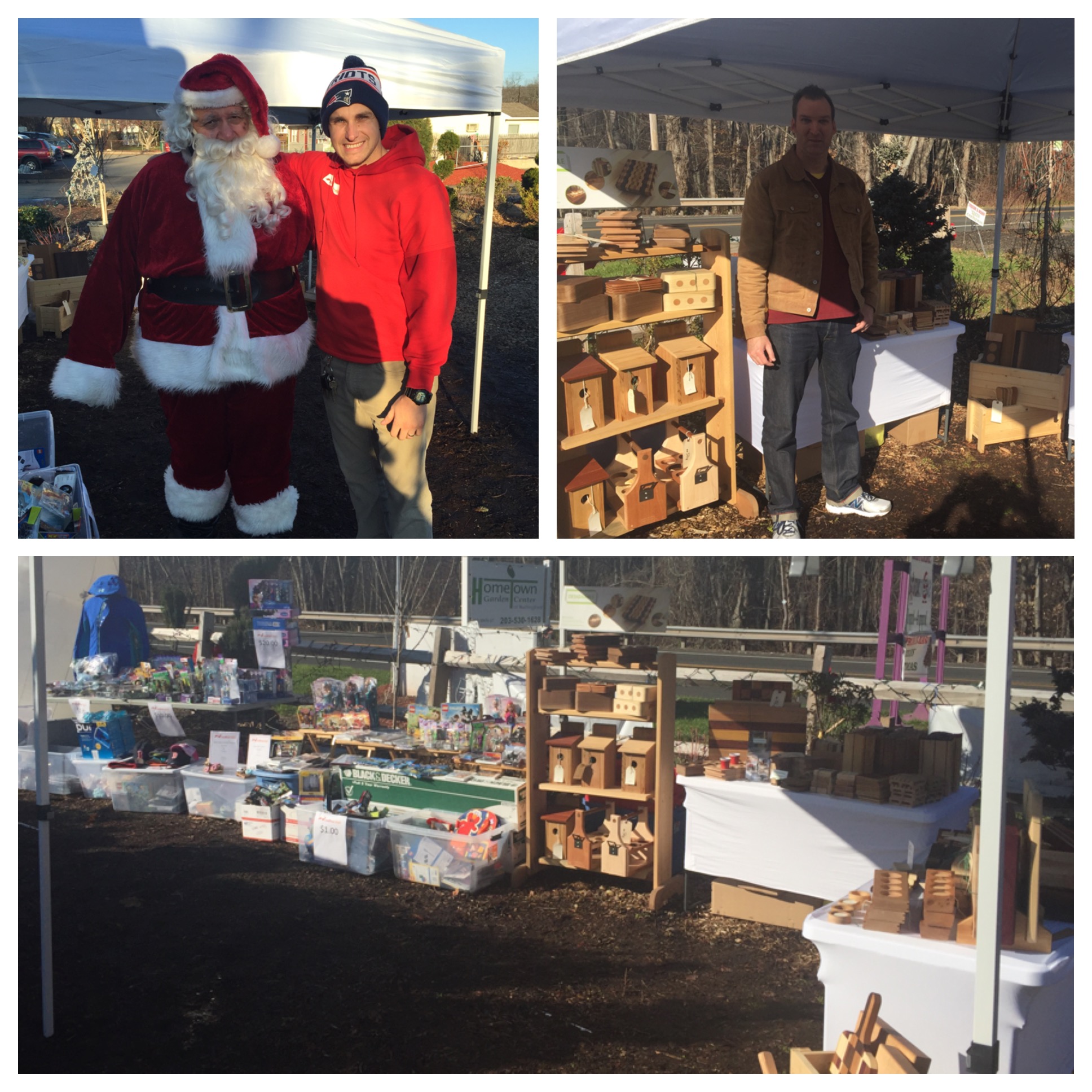 Redfox Retail and Designable at the Hometown Garden Center

Within minutes of setting up our areas customers were pouring in and full of holiday cheer. Redfox Retail’s target audience for this event was kids. I brought so many wonderful toys that at one point a parent said you are giving the kids a toygasm. It was wonderful to see tons of kids looking for tree’s with their parents, but even better when they got their first look at my area. As soon as they got their first glimpse, their eyes were as wide as cartoon characters and their jaws dropped to the floor. It was a perfect collection full of toys for all ages. I was selling everything from Teenage Mutant Ninja Turtles to Disney’s Frozen. I also had some presents for the older kids such as video games, as well as presents for the parents.  A couple of memorable moments that really made me chuckle started with a 7 year old boy who wanted a toy but was not sure what he wanted. I tried helping him by asking what does he like. He was not a fan or Star Wars nor Super Mario Brothers.  As I went down the list of what I had to offer, he stopped and pointed at an item finally. When I looked up to see what he was pointing at, it turned out to be a Brita Water Filter Pitcher. I told him what it was and he was confident he wanted that because it was a toy for kids to make clean water. As his mother tried to reason with him he was set on the Brita pitcher. It would be amazing to see inside this boy’s brain and see what exactly drew him to this one particular item. 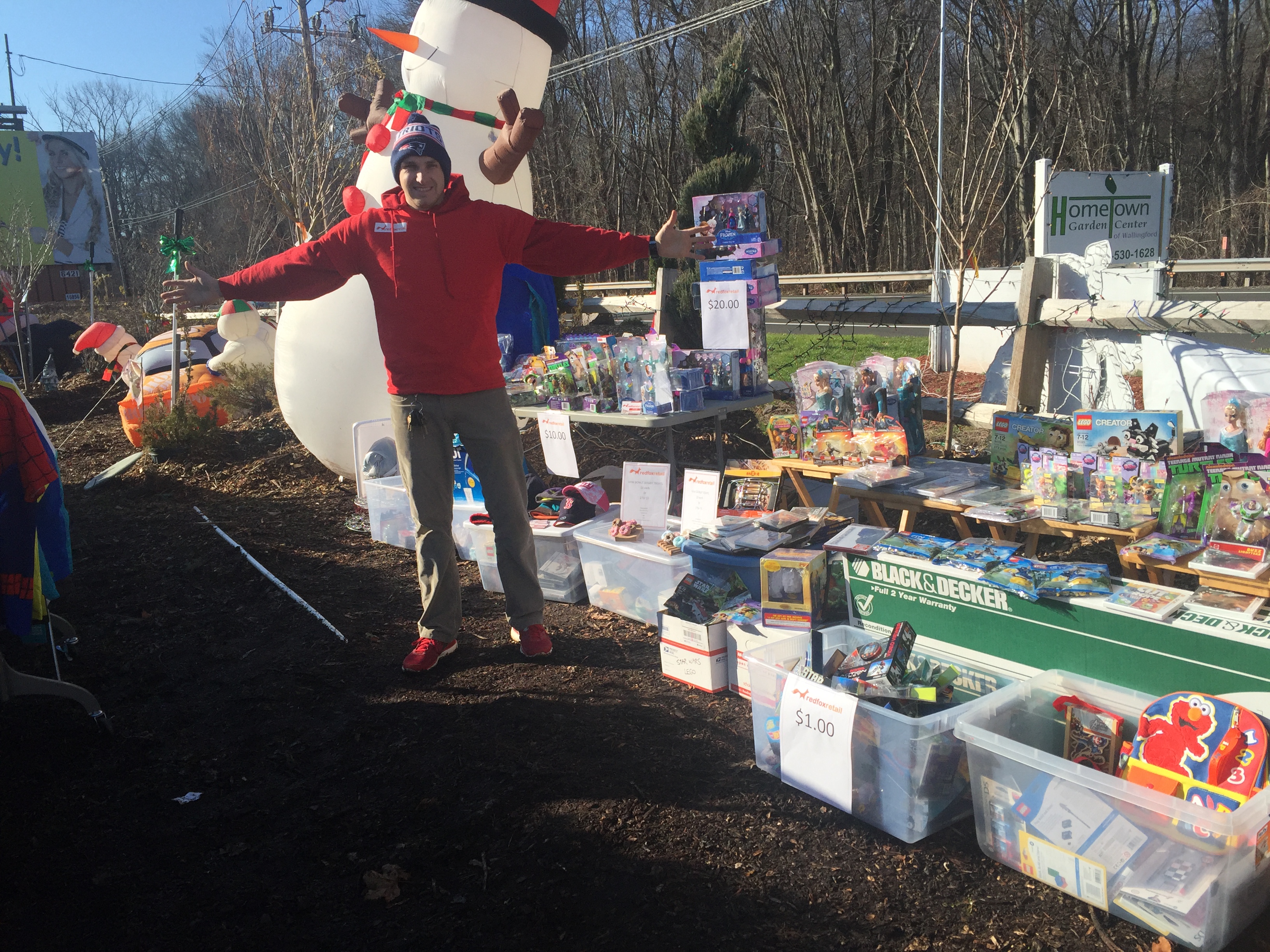 Me in front of all my goodies at Hometown Garden Center!

Another funny occurrence was when a young girl spotted my soaps that looked like mini donuts. These were the soaps that I was selling last week at the Masonicare Holiday Fair. The little girl loved the donuts so much that she as many other individuals thought they were real. After informing her that they were soaps and not edible food she smiled and said “but they smell soooo good.” She then decided if she could not eat them the next best thing to do was to rub the soap all over her face. As she was doing this she was saying “I want my face to smell like a doughnut.” I’ve seen kids try licking these mini donuts, but this the first time a child rubbed it all over their face. Needless to say she smelt like a doughnut and could not be any happier.

As the sun was going down and the event was coming to an end. As I was packing up my goodies I had a special visitor come by and say hello. It was none other than Jolly Ol’ St. Nick. He was so impressed with all of my toys, that he even decided to purchase some Marvel action figures for his grand-kids. After that purchase, a joke was started saying that Redfox Retail was the official supplier of toy’s for Santa.

A look at all the items for sale at Hometown Garden Center.

The final thing Redfox Retail did before leaving was donate an entire bin of toys to the Toy’s For Tot’s Foundation. It is a great feeling to give back to the community, and with such a large abundance of toy’s, I feel it was something important and special that needed to be done. Every child should be able to have a toy to play with during the most wonderful time of the year. If you would like to donate and help provide a toy for a child this year you can do so HERE!

You can also find great toys for the holiday’s at my Amazon Store.